KARACHI: WhatsApp has announced to once again roll out its peer-to-peer money transfer feature after the Facebook-owned service experienced a setback in Brazil last year.
In June 2020, WhatsApp had launched its digital payments and funds transfer feature in Brazil wherein users could send money to their friends and relatives but the country’s central bank said it could damage the existing payments system in terms of competition, efficiency, and data privacy.
The service had failed to obtain the needed licenses as well, Brazil’s central bank claimed, following which the feature was pulled. However, the Facebook-owned app has received the green light for its in-app money transfers, Reuters reported earlier.
Effectively, while users can transfer money to friends and relatives using the networks of Visa Inc and Mastercard, WhatsApp has not been allowed to let them make commercial payments. Both card networks also had to obtain new permits to operate with Facebook’s messaging app, which itself would be regulated by the central bank.
The company said the feature would be rolled out to other countries after initially being introduced in Brazil, with a company spokesperson telling Engadget it was “making the final preparations to have payments on WhatsApp available in Brazil as soon as possible”.
In a statement to CNET, WhatsApp said the decision to “approve our payments initiator license request” was a “welcome” move.
“Now, more than ever, safe, secure, and convenient digital payments offer a vital path to deliver money quickly to people in need and help businesses with their economic recovery,” it added.
A fast-growing social media giant that also owns photo-sharing app Instagram, Facebook has been eyeing the use of its social media platforms to compete with banks and fintechs in allowing fast electronic funds transfers.
Interestingly, however, the Brazilian central bank’s regulatory approval came just months after it launched its own instant payments system, called Pix, which has since been widely adopted.
Back in November, WhatsApp had introduced its digital payments feature in India, allowing people to send money or share costs “without having to exchange cash in person or going to a local bank” and bringing it ever closer to a ‘super app’ status through its continuous efforts.
“This secure payments experience makes transferring money just as easy as sending a message,” it had said, with Forbes terming the feature as “groundbreaking” and a “real game-changer” for its target market — India.
The first time WhatsApp had played with the idea of a digital payments service was in 2018 when it tested the feature with limited users. Moreover, Apple Inc devices also have a similar feature but it’s only limited to iOS and does not work on Android.
Read more: WhatsApp down: Users around the world report app outage 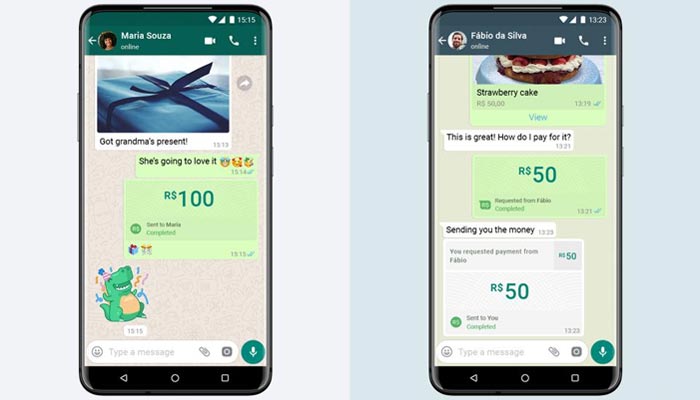 PCB to suffer major financial losses due to New Ze...